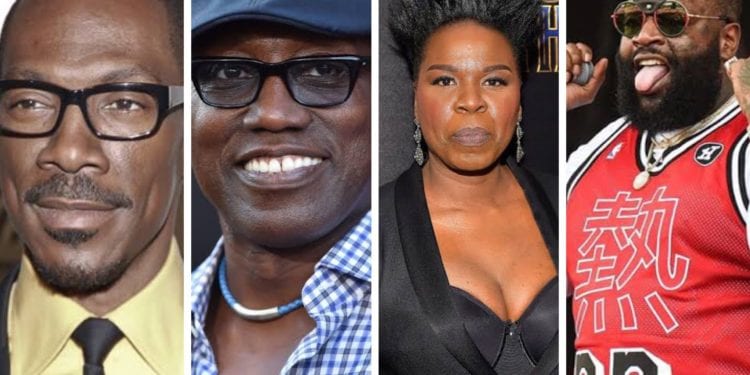 Rick Ross, Wesley Snipes and Leslie Jones in Coming to America Sequel. Sounding a lot like the original, the working title for the sequel is Coming 2 America. Reprising their roles are Eddie Murphy as Prince Akeem and Arsenio Hall as Semmi.

Remember Prince Akeem, who left Africa to look for a wife in Queens, New York back in 1988. But instead, he fell in love with the daughter of a fast food joint called McDowell’s? Finally, Prince Akeem is Coming to America, again!

That’s right, Eddie Murphy is set to star in Coming 2 America, the sequel to Coming to America. Joining Murphy will be original cast members, Arsenio Hall as his best friend Semmi and James Earl Jones as his father King Jaffe Joffer.

Just announced, another original castmate reprising his role will be John Amos as Cleo, the fast-food owner, according to Deadline.

Set to join Eddie and Arsenio are several Hollywood A-listers, namely Wesley Snipes. According to Entertainment Weekly, Snipes will portray a new character, General Izzi. Izzie is a leader of a tribe near Zamunda, the fictional homeland of Akeem.

Summoned back to America, the plot has Prince Akeem and Semmi returning to search for his heir, a son he knew nothing about. Very Interesting. Coming 2 America is set to hit the big screen on December 18, 2020. 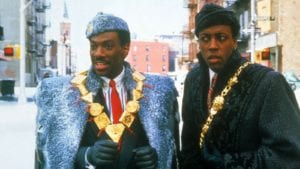