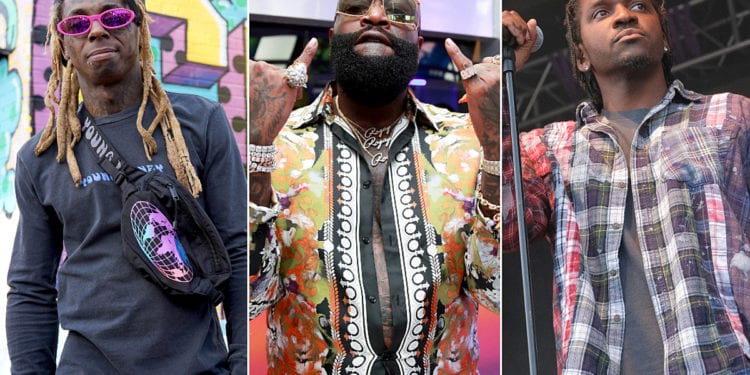 Rick Ross drops Port of Miami 2 joint w/o Pusha T verse. A lot of hip hop fans were waiting for this collaboration between Rick, Pusha and Lil Wayne. However, it did not happen this time.

Why Did Ross cut Pusha’s verse on Port Miami 2?

Ross appeared on Hot 97 to discuss his upcoming music record “Port of Miami 2.” And, Ross was looking forward to the collaboration with Pusha T and Lil Wayne. And, so were many hip hop heads. Ross even had the approval of both Weezy and Push. Somehow things did not work out. Rick clarified that he removed Push’s verse” because of the timing of it didn’t fall right” according to BET. And, Rick went on to say:

“What’s so dope about it, both verses were cleared by both parties,” he explained to Hot 97. “It was more about bigger picture. Is this going to move both of them getting together? I’ll take the charge for that. I didn’t feel like it was time for that.”

These are the actual verses that were cut from Port of Miami 2:

“What a hell of a year, true colors exposed/ Crowns on these clowns, it’s like you colored they nose,” Pusha raps in the minute – long snippet. “We talkin’ skills sets of popularity polls? When you speak truth to power your popularity grows.”

Some reports suggest that Pusha was taking shots and Drake. Could this be the reason why Pusha verses didn’t make the cut? Obviously, fans are coming to their own conclusions on the matter.