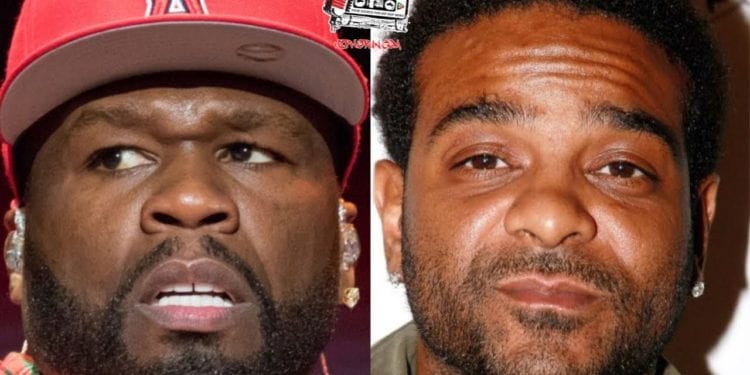 Jim Jones Allegedly Calls 50 Cent A Clown. Here we go again. 50 Cent just seems to like the spotlight. 50 has reignited his beef with New York rapper Jim Jones. And, Jim Jones indirectly shot back at 50 Cent in an interview.

During a interview with famous Disk Jockey Angie Martinez, Jim went in on his rival rapper Curtis Jackson aka 50 Cent. Although, Jim did not mention 50 Cent name it was clear who he was calling a clown. We all know that during Tekashi’s hearing he mentioned that Jim Jones and a few other rappers were federal informants. Of course, 50 Cent heard about it and decided to go on social media to clown Jim. However, that was not a good idea. 50 Cent later took down his post but it was too late. Here is some of what caused the beef between Jim and 50 to reignite:

“Jimmy finna do the race, they got his name all in that shit,” he wrote in a tweet that’s since been deleted.”

And, Jim went on to say this, as well,

“For the most part…you never know that you’re in the circus until you figure out you was looking at a clown,”Jones explained at the 4:00 mark of the interview. “When the clown gives out information, everybody laughs. But for the most part, everyone knows I’m a substantial individual – I’ve been doing this for a very long time.”

And, in an actual story posted by The Shade Room comments about Jim Jones having a conversation with Jamel ‘Mel Murda” insinuated that Jim was cooperating with federal agents. Also, the article mentioned that Jim was able to avoid prison time even though he had such a lengthy prison record, as reported by Complex. When 50 Cent shared this information on his Instagram page he followed up with this,”HUN oh shit, so that’s why they ain’t pull him in. Say it ain’t so jimmy#lecheminduroi#bransoncognac”

Up until now, Jim has never really addressed the allegations of whether or not he was a federal informant. But on Angie’s show Jim had this to say when she asked him about his beef with 50 Cent.

It was clear that Jim was very upset about 50 Cent’s comments. But Jim kept it classy. Also, Jim was careful to make sure his subliminal message to 50 Cent was heard loud and clear. Somehow, I got the feeling that Jim could really check 50 Cent if he wanted to. Because on his interview with the Breakfast Club Jim shared this with the hosts:

“I wish I could be in a position to say what I really want to say but unfortunately, m life has been hectic,” Jones said while on The Breakfast Club.”But where I am from, I do know people that we call real n***as or stand up men, we don’t try to tarnish people’s manes by doing bullshit antics. It’s consequences and repercussions for certain things like that…I’ll leave it like that…Some people think life is a game, so we’ll leave it at this.”

So there you have it. Clearly, Jim is a real Old “G” Wouldn’t you say? Obviously, 50 Cent must have had second thoughts about his comments about Jim because he deleted his tweet. I have a question for you all, do you think 50 owes Jim Jones an apology or not? 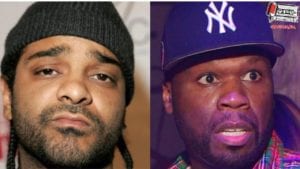