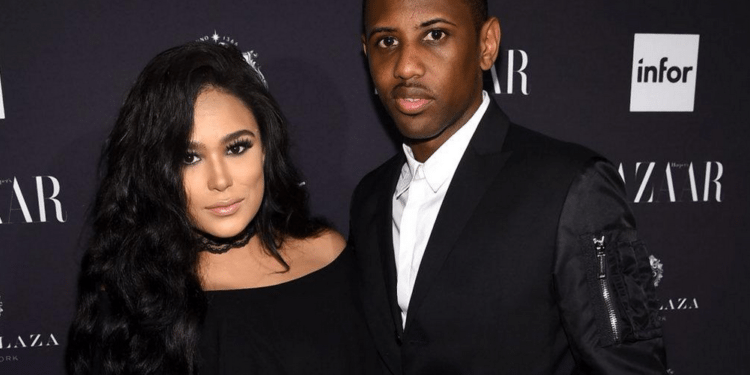 There is footage that has been released, showing rapper Fabolous at a private residence, and in the video, it appears to be Fabolous and members of Emily’s family and most importantly, her father. And on the video, her father can be heard saying, “… that’s my mother fucking daughter. You’re a coward, a muthafuckin coward.” Fabolous then shouts at Emily, who appears to be recording, “Don’t you EVER tape me man!”

This is the video that’s been released by TMZ. dropped the footage and this this is crazy man. It’s can easily be specultated that there is some sort of domestic dispute or even worse, domestic violence at the end of the day. You can see and you can hear the words in the beginning of the video. It’s rumored that Fab has some sort of a dagger in his hands. That’s when shit is real.

I know that most if not all has been a witness to some sort of domestic argument, but hopefully not physical violence.

Fabolous’ lawyer, Alberto Ebanks, downplayed the contents of the video as “only an argument.”

“There certainly is no crime being committed,: he told TMZ. “If what you see in the video were a crime, we’d have to build more jails.”

Bustamante told police that Fabolous — real name John Jackson — threatened her through text messages on March 7, saying he wished to strike her with a baseball bat, according to a police affidavit for probable cause obtained by NorthJersey.com.

What’s disturbing is that the person that sent the camera to TMZ appears to be shooting the video from what could be Fabolous’ residence. Could someone in his camp be involved?

And now, there are new reports out that speculate that their domestic relations have become violent, with rumors of Fabolous punching Emily SEVEN times, and knocking out her teeth.

That’s a very specific number of punches. You would think that the number of times that a person being punched isn’t that memorable. But apparently, it is. And with all of these recent threats he was given a ticket, so he has to appear in court and now this new video is released. Damn, makes it hard to defend. But who knows.

I’m not sure what’s going to happen at this time, but this is your brother O God, with Hip Hop News Uncensored, and you heard it here. So for more exclusives like this as soon as they come up we know be all over it also make sure you know that you share this video and subscribe to our channel. Remember, at Hip Hop News Uncensored you are rocking with the best!