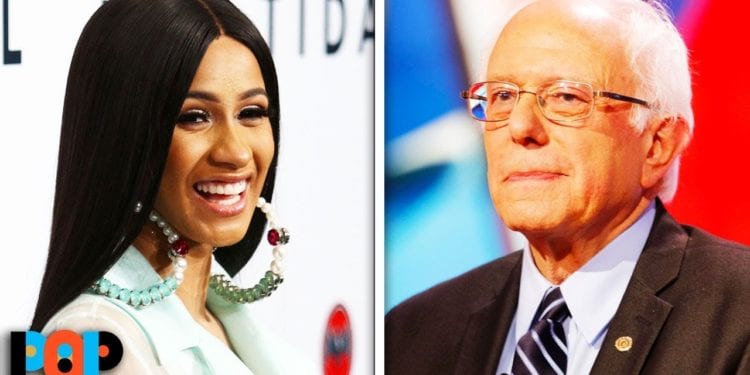 Rapper Cardi B sits down with Bernie Sanders. Has Cardi taken on a new role as ambassador for the Democratic party? It appears that Cardi may be throwing her support behind Sanders.

Cardi B encourages her fans to vote democrat

Cardi filmed a campaign with Democratic candidate Bernie Sanders. The campaign is to encourage younger voters to choose a candidate next election, according to People. Next year the United States will choose a new president. Cardi wants the Democrats to win the White House. Cardi B has spoken out against President’s Trump horrible politics. And, Cardi reminded her fans that instead of complaining about Trump they need to get out and vote. Sanders and Cardi discussed pressing issue such as student debt, climate change and raising the minimum wage. Also, Cardi wanted to thank Bernie Sanders:

“Thank you Senator Bernie Sanders for sitting with me and sharing your plans on how you will change this country,” she wrote on Instagram. “A couple of weeks ago I asked my followers if you had the opportunity to have a question answered by a democratic candidate what would it be? I got a lot of submission[s] and selected the most popular questions to get answered.”

This is not the first time hip hop artist have campaigned for Democrats. When former president Barak Obama was running Jay Z, Beyonce and Diddy rallied support from young voters. Cardi B is leading the charge for Democrats to win the next presidential election in 2020. 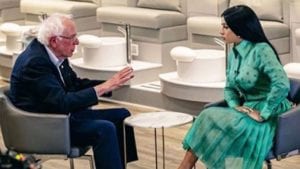