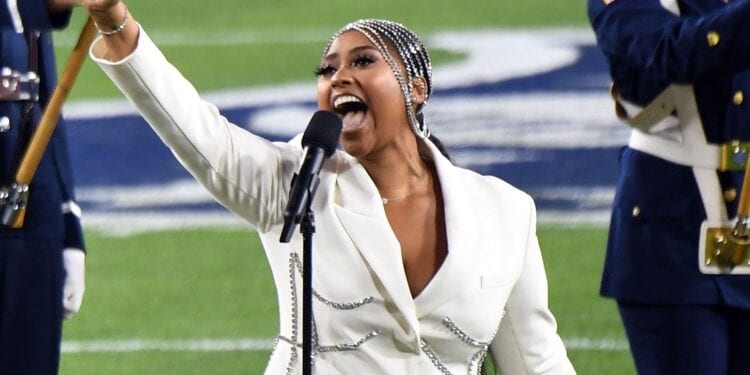 Jazmine Sullivan Performs At Super Bowl. In my opinion Jazmine’s performance with Eric was breath great. Jazmine made Philly proud.

Was the Super Bowl half- time show a hit or miss?

Jazmine Sullivan performs at Super Bowl. The Philadelphia singer’s rendition of the National Anthem was flawless. And, I thought Eric did not do a bad job, as well.

However, I was not impressed with The Weekend’s performance. Also, I think the half – time show was not the best. Although, singer H.E.R.’s guitar performance was good.

With that said, wasn’t Jay Z suppose to create the half -time performances? Of course, Whitney Houston’s rendition would go down in history as the greatest. Even Jazmine herself admitted Whitney’s rendition was the best, as reported by Buzzfeed. But the idea to have a duet was not bad.

If I remember correctly, the performances are pre-recorded. At least, they once were. Be that as it may, Jazmine’s voice was phenomenal. Not to mention, that her headdress and white suit was fierce. As you can see, I did not mention the football game. Neither team was one of my favorites. Although, I like Andy Reid.

In case you don’t know, Andy Reid was the coach of the Philadelphia Eagles. And, that is my team, no matter what. Because I am a huge football fan, congratulation to Super Bowl champion Tampa Bay Buccaneers. Overall, the show did make for entertainment got the evening. 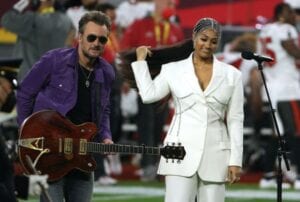