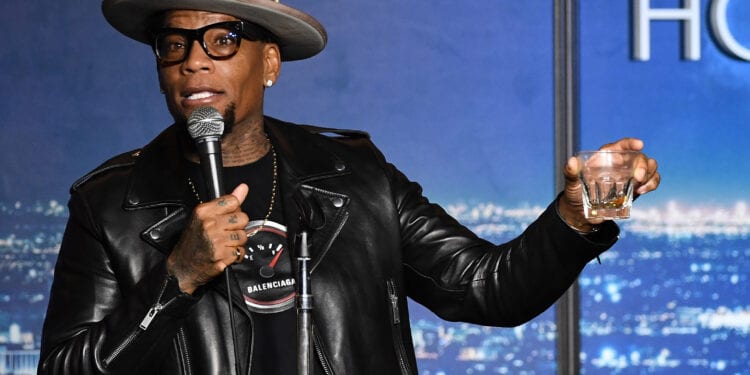 D. L. Hughley passes out on stage.  The medical emergency was right in the middle of his comedy set at a club in Nashville, Tennessee.

D. L. Hughley Spends The Night In The Hospital

Comedian D.L. Hughley had a medical scare on stage in the middle of his set. While performing at Zanies Comedy Club in Nashville on Friday evening. Fans were enjoying his jokes when his words started to not make any sense.

After receiving a glass of water from a member of his security team, he went to sit back down on his stool to continue his set. Immediately, he began to slur his words, causing those in attendance to take notice.

Suddenly, he began to waver, and his manager was quick on the scene to assist him. Hughley just went limp, passed out right there on stage, and fell to the floor. All this happened right in front of a sold-out crowd.

Emergency personnel was contacted, and an ambulance and fire truck quickly showed up.  As reported by TMZ, the comedian was placed on a stretcher and taken to a nearby hospital.

Reaching out to D. L. Hughley’s reps, TMZ learned that he is going to be O.K.  Hughley was –

“suffering from exhaustion after all the week’s work and travel, and was kept overnight at the hospital for tests under doctor’s orders. He is awake and feeling better, and wishes to thank everyone for the very kind prayer and thoughts.” – rep for D. L. Hughley 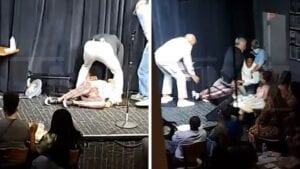