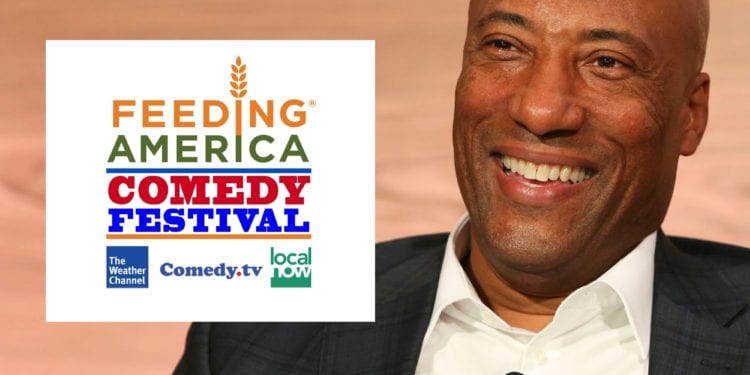 Byron Allen aims to make us laugh while we are in quarantine. Collaborating with Funny or Die to produce a benefit, ‘Feeding America Comedy Festival.”

Comedian and Entertainment Executive Byron Allen was touched by the recent stories of families waiting in long lines to feed their family. So, he didn’t just sit back and watch the news, he decided to do something about it. “Feeding America Comedy Festival” was born. Partnering with Funny or Die, the event will encompass a network of 200 food banks.

To get his idea off the ground, he started making some phone calls. First came a call to friend and comedian Kevin Hart, who quickly jumped on board.  Speaking with TMZ Live on Tuesday, Allen said he followed up with calls to other great comedy acts.

As reported by TMZ, Allen got instant support for the project from a slew of fellow superstar comedians. All had the same answer, “Yes! Let’s do it!” And what a line-up it is. Among those who immediately jumped on board –

In this comedy event, Byron gave free rein for all the acts to show us the funny in 2-3 minutes. The special will be 2 hours long and is scheduled to Sunday, May 10th on NBC, The Weather Channel, Comedy.TV and the app Local Now, according to TMZ.

Get ready for some much-needed comedy relief.
Due to the increased demand for food and supplies due to the COVID-19 pandemic, this will add tremendous support to the food banks. 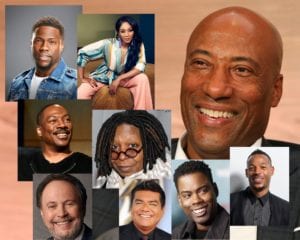