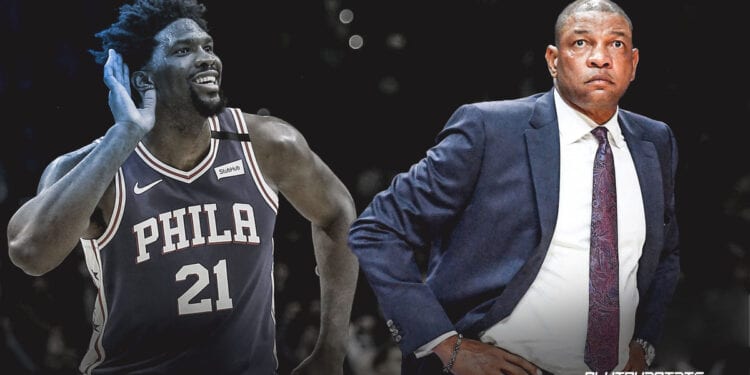 76ers Hire Coach Doc Rivers. Doc is the most respected coach in the NBA. The  76ers General Manager Elton Brand is excited about Doc coming to the team.

Can Doc take the 76ers to the championship?

76ers hire Coach Doc Rivers.  Doc is the 25th head coach of the Philadelphia 76ers. Doc was fired from the Los Angeles Clippers just a few days ago. In Doc’s seven seasons with the Clippers as head coach, Doc was 356-208, as reported CBS News.

And, Doc is a 34 -year- NBA veteran. Because Doc was a former NBA player himself hen has a greater understanding of the players. Also, Doc’s lengthy resume speaks for itself. Here is what General Manager Elton Brand shared:

” “I believe Doc can help us unlock our full potential on the floor and further our pursuit of an NBA championship. I also respect and appreciate that his impact extends far beyond the basketball court as he truly embraces the platform he has to drive positive change in society. Doc is a great fit for our team and city, and I’m excited for what the future holds with him as our head coach.”

With that said, Doc shared this with the media:

“I am really excited about the opportunity to be joining a world-class franchise, a franchise whose legend inspired my nickname,” Rivers said. “This is a city that loves sports and loves their teams. It’s a city that values hard work and that is exactly what we are going to do and who we are going to be. We are ready to do good things in Philadelphia.”

Truthfully, I believe that coach Doc will bring a crucial element to the 76ers. I addition, Doc has coached such great players such as, Tracy McGrady, Kevin Garnett, Paul Pierson, Chris Paul, Kawhi Leonard and Paul George. Now, Doc will get the chance to  showcase his ability to make champions.

I have been a 76ers fan my entire life. Doc can really make a great impact. Our city really needs someone who understands the players. Hopefully, Doc can continue to elevate players Joel Embid and Ben Simmons game. 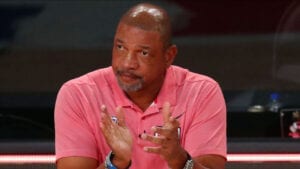