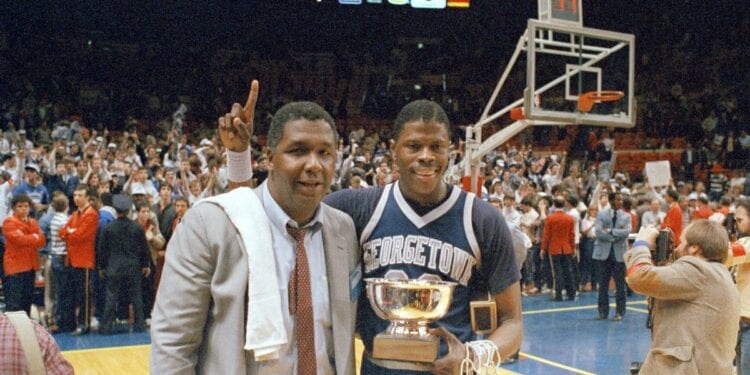 Coach John Thompson dead at 78. The basketball league is in shock. Who could compare their career’s to Coach John?. Never before had a black man accomplish so much in the game of college basketball. He led Georgetown to the 1984 national championship, as reported by ESPN. Also, it was “Big John” who built the Hoyas team. In addition, Coach John took the team to three Final Fours in the 1980’s.

With that being said, Coach John had seven East titles under his belt. And, I almost forgot Coach John’s Olympic team won the bronze medal in 1988. In a statement released by Coach John’s family his children said this:

“We are heartbroken to share the news of the passing of our father, John Thompson, Jr,” the Thompson family said in a statement released by Georgetown. “Our father was an inspiration to many and devoted his life to developing young people not simply on, but most importantly, off the basketball court. He is revered as a historic shepherd of the sport, dedicated to the welfare of his community above all else.

“However, for us, his greatest legacy remains as a father, grandfather, uncle, and friend. More than a coach, he was our foundation. More than a legend, he was the voice in our ear everyday. We will miss him but are grounded in the assurance that we carry his faith and determination in us. We will cherish forever his strength, courage, wisdom and boldness, as well as his unfailing love.

“We know that he will be deeply missed by many and our family appreciates your condolences and prayers. But don’t worry about him, because as he always liked to say, ‘Big Ace is cool.'”

It is not surprising that Coach John was so successful. He was a great basketball player, as well. In 1964 The Boston Celtics selected John as their third round pick. John led the team to two championship games in 1965 and 1966. As a result, of his illustrious career Coach John was inducted into the Hall of Fame in 1999.

Not only did Coach John lead the Hoyas to greatness. But Coach John was instrumental launching the careers of Patrick Ewing, Alonzo Mourning, Dikembe Mutombo and Allen Iverson. All of these great basketball players are in the Naismith Memorial Basketball Hall of Fame. 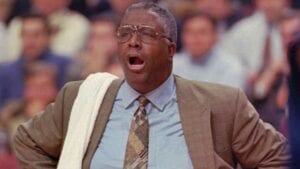