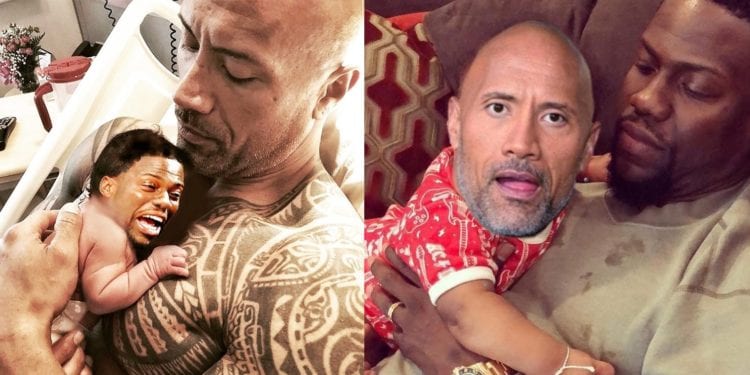 Kevin is recovering nicely after his car accident

It was really good to see Kevin out in public. Kevin shared this picture of him dressed like Dwayne “The Rock” Johnson. The costume Kevin wearing is a exactly like Dwayne’s 90’s outfit, as reported by People. Kevin and Dwayne are good friends. And, both actors have starred in the movie “Jumanji.” The actors were working on the movie”Jumanji The Next Level” but Kevin was in the car accident. So, some of Kevin’s obligations were put on hold.

We all thought that Kevin was in really bad condition, especially, since he broke his back in the accident. I am really glad that Kevin is back doing what he loves. Kevin dressing up like Dwayne “The Rock” Johnson is hilarious. Glad you back, Kevin, we missed you. Here is some of what Kevin sent to Dwayne via social media:

“I killed it with my Halloween costume this year….@therock had the nerve to get an attitude with me. We are dropping a brand new trailer for Jumanji The Next Level tomorrow. Stay tuned!!!!! the comedian wrote in the caption for the video.”

When Dwayne ” The Rock” Johnson did not expect Kevin to show up at his door with young kids who were trick or treating. However, that is exactly what Kevin did. When Dwayne saw Kevin this is what he said to his friend:

“Why are you dressed like that? Johnson asks Hart, who is wearing a black turtleneck, silver chains, and fanny pack just like on of Johnson’s famous meme – worthy headshots.”

Of course, Dwayne had much more to say to Kevin but you get the jest of it. It’s a good thing both men are good friends. 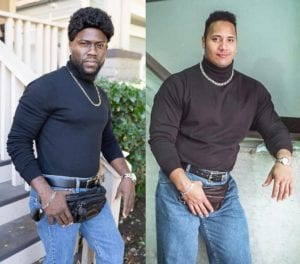