J Prince interview was riveting. The hip hop entrepreneur has been given the title most respected man in hip hop. And, I can see why. Some of what J Prince discussed with the hosts O’God and SamAnt was very timely.

Especially, because J Prince spoke about his reaction to the shootings of young rappers in Houston. During the interview, I gained some respect for J Prince wisdom. The fact, that J Prince has first hand knowledge of the rap game was important. In addition, J Prince mentioned he did not like what happened.

However, he does realize that there are consequences rappers pay for making bad decisions. With that said, J Prince talked about his ability to navigate through life making better choices. Of course, J Prince had his share of problems. But it appears J Prince has managed to overcome.

Not to mention, J Prince is using social media to educate rappers on better options. In his book ( The Art & Science of Respect) J Prince outlines principles of staying true to your commitment to God, as reported by Darrin Marin. Another great interview for the books. 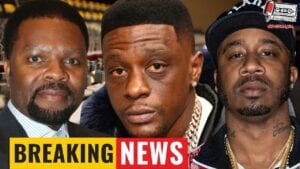