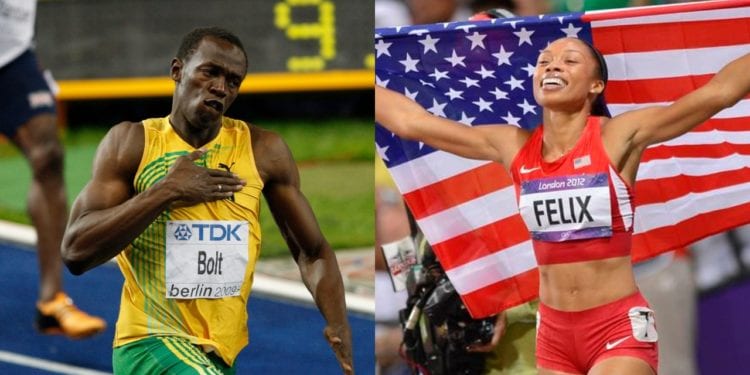 Allyson Felix Broke Usain Bolt’s Record!!!!! Olympic champion track and field sprinter Allyson Felix has become the only athlete (man or woman) to win 12 gold medals at the world championships. Also, she once shared the record of 10 winning gold medals with none other than Usain Bolt. Lastly, she done all this 10 months after giving birth to her beautiful daughter, Camryn.

According to cnn.com, she was born and raised in Los Angeles, CA. She is a devout Christian. Also, she is married to Kenneth Ferguson and a mother to a daughter, Camryn. Lastly, her brother was also a sprinter but he now works as her agent and she just broke the record for most world championship good medals (12). No other man or woman had done this so congrats to her.