The New Explosive Easy-E Documentary!!!!! The late, great West Coast rapper Eric “Easy-E” Wright’s daughter, Erin “Ebie” Wright’s has teamed up with her mother, as well as hip hop journalist, Jasmine Simpkins to bring forth a documentary about the suspicious circumstances surrounding the death of Easy-E, called “The Mysterious Death Of Easy E”, on WEtv. Eric Lynn Wright (September 7, 1964 – March 26, 1995), known professionally as Eazy-E, was an American rapper, songwriter, record producer, and entrepreneur who propelled West Coast rap and gangsta rap by leading the group N.W.A and its label, Ruthless Records, pushing the boundaries of lyrical content. Born and raised in Compton, California, Wright had several legal troubles before founding Ruthless in 1987. After a short solo career with frequent collaboration with Ice Cube and Dr. Dre, they joined, forming N.W.A, later that year.

N.W.A’s debut studio album, Straight Outta Compton, was released in 1988. Controversial upon release, it is now ranked among the greatest and most influential albums ever. The group released its third and final studio album, Niggaz4Life, in 1991, and soon after disbanded.

During N.W.A’s splintering, largely by disputes over money, Eazy-E became embroiled in bitter rivalries with Ice Cube and Dr. Dre, who had departed for solo careers in 1989 and 1991, respectively. Resuming his solo career, Eazy-E released two EPs. Yet he remained more significant behind the scenes, signing and nationally debuting the rap group Bone Thugs-N-Harmony from 1993 to 1994. In 1995, Eazy-E was suddenly hospitalized and diagnosed with AIDS, and died due to its complications. He is often referred to as the “godfather of gangsta rap. 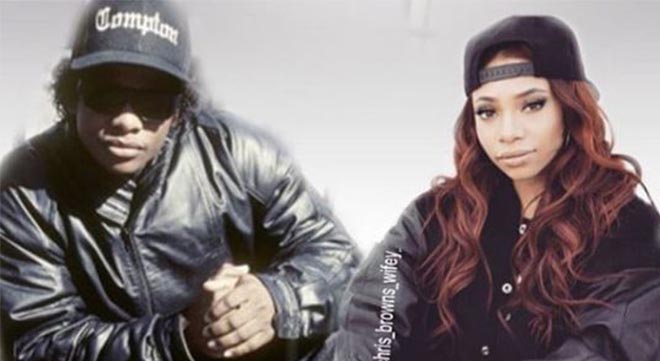 According to deadline.com, the series, which will make it to tv screens beginning on August 12th at 10pm, will feature never before seen footage and interviews and will follow Easy-E’s daughter, Ebie on a personal journey to examine the unexplained circumstances surrounding her father’s death 26 years ago.

Ebie teams up with her mother, Eazy’s ex Tracy, as well as hip-hop journalist, Jasmine Simkins, to seek the truth. Unravelling this story through tracking down eyewitnesses to Easy-E’s last days, revealing unseen footage and testing long-held theories around his untimely death.

There are various theories on how Easy E died. On a previous episode of Jimmy Kimmel Live, former Death Row CEO, Marion “Suge” Knight was quoted as saying,

Killing someone with contaminated blood injection, “an Easy-E thing” was the new way to kill people rather than shooting them.

Another theory is that white supremacists put a hit out on him, as well as him being under FBI watch, because of his songs such as “Fuck The Police“.

I will most definitely be tuned in to this documentary on the late, great hip hop mogul, Eric Lynn “Easy-E” Wright.