Is There A Beef Between Migos And Lil Baby?!?! 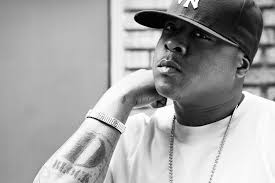 Jason Terrance Phillips, better known as Jadakiss, was born on May 27, 1975, in Yonkers, NY.

He formed the group The Warlocks with longtime friends Sheek Louch and Styles P. The met Mary J Blige, who gave Puff Daddy their demo and was later signed to his label, Bay Boy Records and changed their name to The Lox.

They left Bad Boy Records, due to the glossy and radio friendly production of Puff Daddy. They signed to Ruff Ryders in 2000, releasing the classic hip hop track, Ryde or Die Bitch f/ Eve.

He became a solo artist in 2001 and released his biggest hit to date, Why, that recieved controversy because of a lyric that blamed George W. Bush for starting the 9/11 attacks.

Later on, he opened up at juice bar called Juices for Life with fellow The Lox member Styles P.

J-Hood Is The Man That Is Beefing With Jadakiss

Joshua Hood, better known as J-Hood, was born on July 12, 1984, in North Carolina. He has been in the mixtape game for years.

He has done many collaborations with his close friends The Lox/D-Block, as well as other non D-Block members, such as Cassidy, Jin, J.R. Writer, and The Ruff Ryders. In, 2007 he asked to be released from D-Block/The Lox and since then has been beefing with them every since.

“I wasn’t just an artist on D-Block. I actually helped start this brand. I was a co-founder of this company.,” said J-Hood. He continued, “Lox is a 3-man group. You didn’t hear of D-Block until I stepped on the scene.”

J Hood would then continue to elaborate further on the situation as the interview continued. He further explained his involvement and contract dealings with The Lox.

“We sat down collectively and came up with the idea to start a movement and the plan was to have me at the head of the movement. I was going to be the first artist then we came up with the name.,” says J Hood.

He continued, “At the time they didn’t want to let me out my contract. So I felt like if y’all not doing what y’all supposed to be doing as far as holding up your obligations or whatever the case be just let me do what I do. Because I had other people that were interested in me at the time. So I felt like you guys are just trying to hold me until no one is interested no more. That obviously made me upset. Because now you’re taking money out my pockets that I could be using to feed my family.”